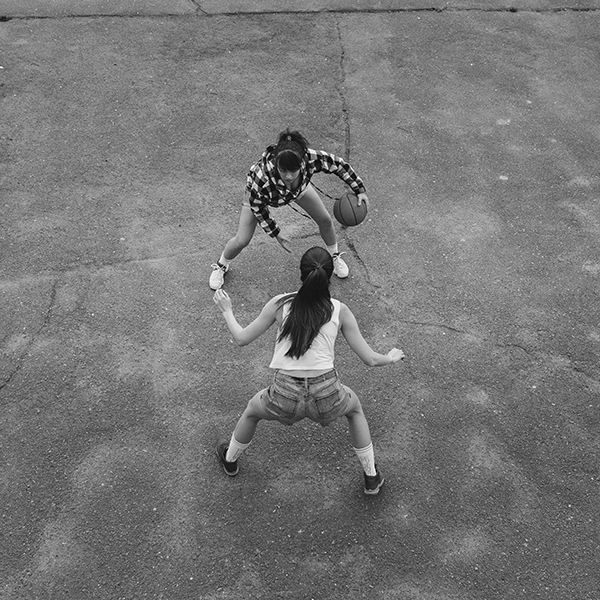 details of the interview

Role of the Interviewed: handball/coach

Historical period collocation: a year ago

I’m a handball coach. I work with girls aged 9-16 years old. I remember one case in which I have faced radical racism or rather ethnic discrimination. In fact I do not know how to define it and which is the proper definition.
Telling your story. What has happened? How has the story started?
Handball is a team sport where there are many athletes of different age, different religions and different ethnic groups. A girl came to the team – Iva, who I later learned was brought up to hate Roma people, to escape contact with them, and believed that all Roma are bad. Four-five Roma girls trained in the same team. In the beginning, Iva was silent and avoided these girls, but then she began to express hostility towards them. If someone had to give her the ball or touch her, she was getting angry and called them “dirty gypsies,” “do not touch me, I do not want to be in a team with you”. The Roma girls did not cause these reactions, but she started to get worse with them and even hit and beat them.
How did you realize what was going on? What kind of signals could you detect? How do you explain radicalization, referring to your experience?
The first thing I noticed was that Iva avoided the Roma girls, staring at them with hatred, then started to harshly offend them and even attack them.
I talked with her that they were a team and that they had to play together, but she maintained her opinion that she was irreconcilable with the representatives of this ethnic group. She explained that her parents had told her so and did not want to listen to anyone else. Probably, since she was a child her parents have told her to hate people of this ethnicity and that they have been bad and criminals.
Have you tried to cope with this situation? What was possible to do? What have you done? Have you involved other people/organizations? Who was involved?
My colleagues and I have told her many times that Roma are part of society, that there are good and bad people from every ethnicit, being Roma does not make you a bad person and she has to judge people according to their actions. While practicing sport and also in life, she will meet with different people whom she has to accept and respect. We have explained to her that no one can choose their family and where to be born and Roma children do nothing to provoke her.

Roma girls began to complain about her attitude. They shared with me that they were afraid of her as she was rough and quarreled with them in the dressing room. The other Bulgarian girls, following her, began to isolate them as well. I talked a lot with Iva and the other girls explaining to them that they are a team and should get used to rely on and to support each other and that we as coaches will not allow such rude attitude. Iva shared our conversation with her parents and they advised her to stop training. She came and returned the team outfit. I talked to her again and told her she was very good at this sport and asked her not to take such extreme decision. I suggested that she rest for a while, consider her behavior, and told her that I would be very happy if she decided to return to the team again.

Did you feel you had the skills to manage this kind of situations? Which was the most difficult part of it? Have you had any form of support?
We, as coaches, feel that we are not prepared to deal with such situations. It was difficult for me to cope with  it. It will be nice to see how other coaches overcome such problems. In our society there are people of different ethnic groups and religions. Children are becoming increasingly aggressive and provoking conflicts. I think we need to learn how to work with them.

Handball is a team sport, in which many different children play and we have to teach them to respect and accept each other, to become a team. They can succeed only together.

End of the story. How did the story end up? What have you learned from this personal experience? What would you say to people who are living similar situations?
The team continued to prepare for the competitions. Roma girls did not understand why Iva was gone. In her absence, the team united. One day Iva came to the sports hall and said she wanted to train again. I agreed, provided she changed her attitude towards Roma girls. I warned her that if she allowed herself to offend them again, we would remove her from the team. At first she was staying away from them, but she no longer insulted them. She gradually became acquainted with them and got used to play with them. The atmosphere in the team improved.

I could advise my colleagues in such cases not to accept such racist behavior, to talk to the children about equality regardless of their ethnicity, to try to teach children to work together and accept  diversity.