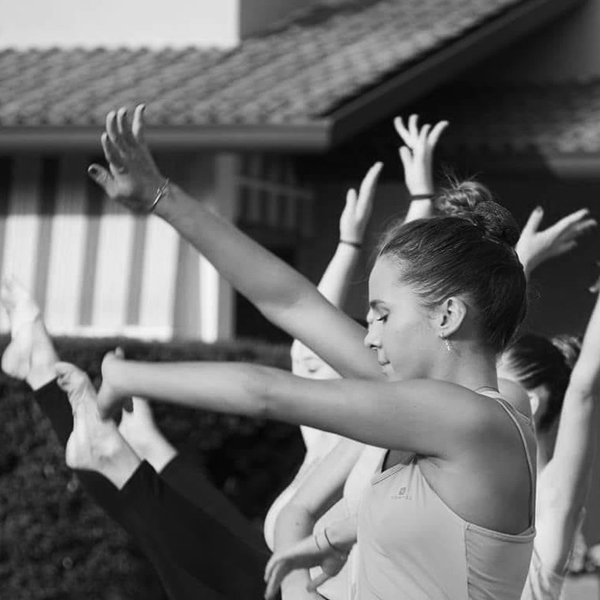 Role of the Interviewed: dance student

Age: 13 (at the time of the narrated episode)

Interviewer: USMA in collaboration with FISPPA Dept., University of Padua

I witnessed a kind of “radicalization experience” in my classical and modern dance group at the age of 12. The excluded person, however, was not me, but a Romanian girl, J., who was living by many years in Italy, that from one year was part of our dancing group. She gave up precisely because she encountered hard difficulties in the dance activity, both with the other students as well as with our dance teacher.
Telling your story. What has happened? How has the story started?
During the pre-adolescent period, J. decided to try a new experience enrolling in a dance course. She probably knew that she did not have the “typical” physical characteristics of a dancer and that she was maybe already too old to join an already formed group of dancers. But she was looking for something new, after practicing other sports attended mostly by boys. In those activities she could not find what she was looking for in a sport.

This girl appeared different from the others of the group: her body was bursting and robust, with “masculine” characteristics that distinguished her from the typical “female” dancer. Her attitude was also not very delicate and light as commonly expected by ballet and modern dancers. Moreover, the country of origin of the girl also played an important role in increasing the distance between this girl and the rest of the group. She is a Roma coming from Romania and although she had grown up in Italy, local people perceived her as having a “gypsy” look.
From the very beginning, J. was victim of insults because of her body shape and her ungraceful way of approaching the dance. That happened both during classes and in the locker room. She was attacked in particular by the group of the most talented girls, always ready to line up as a group in front of her and laugh at the difficulties she encountered in the discipline. In many occasions, they were discussing about her gender and sexual appearance in presence of J., talking as if she was not there. In particular they could not understand how she could be the way she was, having the body she had. Also J’s mother was targeted, when, like all the other mothers, accompanied her daughter to classes. In fact, the mothers’ group never tried to include the “gypsy-looking” mother of J.
J. and her mother came to the gym avoiding looks and comments, and used to leave in the same way. Often the comments and laughter were fed by the teacher herself, who never avoided talking in very negative terms about the girl, even when she was not attending class. The most difficult and inexplicable episodes occurred at a certain moment of a lesson, when an exercise of “jumps” aroused a lot of anger in the teacher that, observing the girl’s little capacity in the exercise, began to insult her and compared her to an elephant, accompanied by the background of laughter of the other students. What bothered the teacher was J’s lack of harmony. Objectively, J. was often a bit out of time. However, insults, lack of experience in the dance and the difficulties she encountered to integrate into the group worsened the situation.

How did you realize what was going on? What kind of signals could you detect? How do you explain radicalization, referring to your experience?
J. has found a hostile environment starting from the very first class. She was looked at and criticized for her different appearance. Her way of dancing was not appreciated both by the students and by the teacher. No one, in this context, has ever tried to interact with her or to know her better, going beyond the way she showed herself and danced. The sport environment in this case was the first excluding the girl. Pupils and teacher were united in excluding the outsider in every single lesson. The questionable and unprofessional behaviour of the teacher made easier, for the other girls, to feel comfortable with their behaviour also outside the classroom, in the dressing room. We should remember that the age of the students ranged from 10 to 13 years old: their behaviours can at least in part be justified only by their young age and little experience in dealing with people which seem different from them in various aspects. They probably were not completely able to understand the consequences of their actions on J.. Much less justifiable is the teacher’s approach. She was supposed to transmit the values of wellbeing in the group, promoting the mutual help among the pupils and of the passion for dance usually shared by pupils. Instead, she reacted with anger and aggressiveness against the little girl.
Have you tried to cope with this situation? What was possible to do? What have you done? Have you involved other people/organizations? Who was involved?
Me and two other girls were by choice not part of this group of girls who teased J.. We often talked among each other about this situation. We did not like it, we felt guilty, we felt that J. was suffering despite appearing always indifferent to everything. But despite this, we never talked to anyone, we were not able to find a solution. In fact, we were scared by the idea of talking about that with the teacher and the other girls, so that they could acknowledge their bad behaviour and reflect about the consequences of their actions.
Did you feel you had the skills to manage this kind of situations? Which was the most difficult part of it? Have you had any form of support?
Personally, I did not feel to have the capacity to react to this situation, to find a way to help J.. I was very young, shy, closed and not “revolutionary” at all. I also was afraid of the teacher and the other girls. These aspects of my personality, that I was not able to control, put me in a very hard situation, where I could only witness what was happening without being able to intervene. I was blocked by very negative emotions that continued to accompany me even outside the gym. Despite this, I always avoided to look for help, or simply to find someone to talk with about this.
6. End of the story. How did the story end up? What have you learned from this personal experience? What would you say to people who are living similar situations?
For one year, the girl in question had the strength to remain indifferent, at least apparently, to all of this, until she decided to quit dance classes. That happened probably because of the final dance recital, when she was mistreated more than usual. In fact, the dance teacher was having personal and job-related problems and she was used to throw the stress on her pupils, and especially on her, who seemed appeared the weakest.
Personally, from this experience on, when I found myself in similar situations, I always tried to find possible solutions and put them into action as soon as possible. I do not want to fell again as not being able to react and do something. Therefore, to those who are faced with these situations, I would advise to reveal the problems of the group, talking with the other teammates and the teacher, and look for a greater support also in the family.
To people who live in situations similar as J. I would like to suggest to find a way to fell strong and react. Of course, sometimes indifference could work, but it is important to show emotions and who we are to remind these people, of questionable sensitivity, that we are all human beings and that these actions and words provoke negative feelings that are able to destroy the person who suffers and to ruin the group wellbeing.
rejected body
This website uses cookies to improve your experience. We'll assume you're ok with this, but you can opt-out if you wish. Cookie settingsACCEPT
Privacy & Cookies Policy
Necessario Sempre attivato